The development of refrigerators over many decades

The first refrigerator appeared in the domestic scene in 1927 and by 1944, 85% of American households owned a refrigerator. The devices of the 1950s brought a wave of new technological innovations and advances that will continue to keep consumers curious for decades to come. Today, refrigerators have a fusion of modern aesthetics with updated energy efficiency.

The refrigerator is considered an important electronic appliance for homes in developed countries. When foods are kept inside the refrigerator, they are less susceptible to spoilage thanks to low levels of bacterial reproduction.

The temperature of the refrigerator is only a few degrees above the freezing point of water; perishable food is usually kept between 37 and 41 degrees F or 3 to 5 degrees Celsius.

In the 1930s, the refrigerator market expanded due to the introduction of Freon in the 1920s. In the 1940s, refrigerators were introduced in the market as a mainstay. 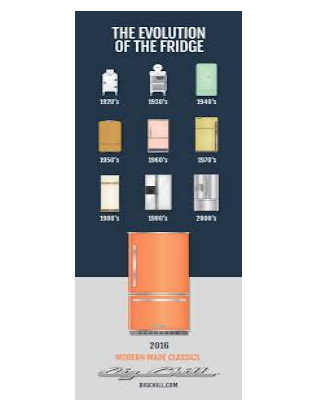 In the mid 1750s, artificial refrigeration technology began. In the early 1800s, it was developed. The pneumatic refrigeration system was established in 1834. In 1854, the ice machine was invented for commercial production. Want to know more about the development of refrigerators over many decades? Read on to the rest of the article.

1920 - The invention of the electric refrigerator

In fact, the first electric refrigerator was invented by General Electric in 1927, the cost per unit was about 520 dollars today!). They call this the ‘Top-screen’ and it created the aesthetic trend for refrigerators until the 1940s. These refrigerators are the inspiration behind our line of Classic appliances. 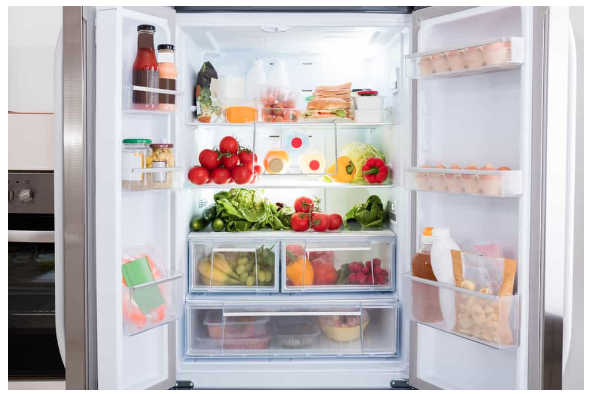 Consumers were introduced to the concept of freezers when the freezer became commonplace in electric refrigerators in the 1930s. Refrigerator manufacturers during this decade also replaced sulfur dioxide with freon 12 which is the most commonly used refrigerant.

1940s - the refrigerator became the mainstay of the family

In the 1940s, consumers used their freezers to store frozen food. During this period, refrigerators entered the mass market. By 1944, 85% of American households owned a refrigerator.

1950s - The rise of home refrigerators

The 1950s were a breakout time for fancy refrigerator innovations. At that time, the refrigerator was sold to housewives and was a proud addition to any household. One popular home design and decoration scheme is to match your colorful refrigerator with kitchen cabinets and walls. Refrigeration technology began to make significant progress in the 1950s, when game-changing innovations such as automatic ice machines and automatic defrosting began to appear on the scene. In many ways, this is a period that represents the height of refrigerator design.

The 1960s designer reflects a simple, yet modern, with soft edges and design curves. The refrigerators of the 60s reflect this future leap, hints of a promising life of innovation and freedom in the country. Freezer sizes have also increased during this decade, allowing hard-working housewives to stock up on the booming food trend: frozen family dinners.

1970s: Shift to boxy and focus on energy efficiency 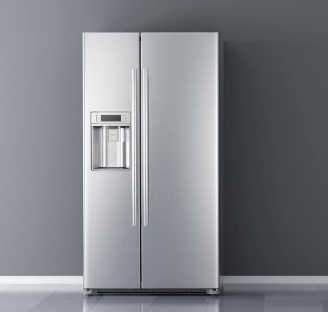 Refrigerators made in the 1980s were built to last, with new appliances with a strong influence design and ease of use. The homes of the 1980s have a more practical design than they were decades ago and the refrigerator is no exception. The elimination of chlorofluorocarbons in the closed systems of refrigerators makes this decade's refrigerators safer and more affordable in the eyes of manufacturers and consumers. A refrigerator in 1985 used about 1700 kWh of energy.

The 1990's household design was aimed at being sleek and modern, with the introduction of French style doors and stainless steel to fridge facades. Bulky white refrigerators of the past are slowly becoming outdated, with consumers favoring more modern and glamorous designs. Every decade accelerates the advancement of electricity costs and energy efficiency, with climate change becoming known in the public eye. The Energy Star system has become the mainstay of this decade, with energy consumption falling to just 850 kwh per year.

Futuristic and classic collide designs, give homeowners plenty of options when it comes to a new modern device. Today's refrigerators maintain the aesthetics of some of the finest mid-century modern designs, now combined with the advantages of modern energy efficiency.

As of 2013, a conventional refrigerator uses only about half the energy that a model of the same size would use in the 1970s. Energy efficiency on modern refrigerators could drop below. 460 kWh a year, less than a 100 watt bulb- that is a benefit for both consumer and nature.

In addition, there are a few interesting secrets about refrigerators such as Albert Einstein is a co-inventor of the refrigerator. He and his former student Leo Szilard patented it in 1930. The coolant used at that time could be toxic. In fact, Einstein came up with the idea of ​​a refrigerator after he read about a family that died from leaking refrigerator coolant while they were sleeping. And  November 15 is National Clean Out Your Refrigerator Day.