Fitbit smart watches come with amazing health and fitness tracking features. They also allow users to enjoy music and support different apps. Compared to the Fitbit Versa 1, the Fitbit Versa 2 has its features updated. Not only does it have built-in Amazon Alexa, fitness features, but also the Smart Alarm feature and an oxygen level monitor that monitors blood oxygen levels while you sleep. But to take advantage of those benefits, you need to upgrade to Fitbit Versa 2.

Compared to other smartwatches in the market, Fitbit Versa 2 comes with a reasonable price but it wasn’t designed to replace your phone. It targets users who are keen on fitness, not those who look for productivity from a wearable. This second generation of Fitbit’s smartwatch has an excellent fitness tracker range. It also offers message and calendar notifications. In addition, users can control the smart home setup and play music from their phone while exercising.

The Fitbit Versa 2 has a ‘squircle’ design which is similar to the Versa 1. Most users loved this design from the old one. Besides, it has a few small tweaks that make it a very stylish smartwatch. It has a depth of 12 mm which is a little bit thicker than the Apple Watch 3. However, it looks thinner because the chassis tapers inward toward the heart monitor. This model should fit any wrist with a screen size of 40mm.

The Versa 2 doesn’t have a branding at the bottom bezel like the first one so its bezels are slightly thinner. The background of the display is black so the bezels are disguised successfully. Unlike the Versa 1 with three buttons on the chassis, the Versa 2 only has one button on the left and it can be used as the ‘select’ and the ‘back’ button. It makes it easier to access any feature of the smart watch. Download Fitbit Versa 2 User Manual Pdf.

Users can also navigate through the touchscreen which is a huge improvement from the Versa 2. It has the bright AMOLED touchscreen, which is protected by Gorilla Glass 3. This touchscreen is able to hit upwards of 1,000 nits of brightness. However, you don’t need this level for general use. The lowest brightness setting is ideal for daily use. And users can always adjust the brightness as they wish.

There are different colors for you to choose from

An always-on option is added to the Fitbit Versa 2. This option is off by default and if you want to change, you can go into the watch’s settings pane. Primarily, users couldn’t customize the always-on watch face. Now the option is still limited unless you go for third-party always-on faces that are available on the companion app. There are some free ones, however, most of them require you to pay.

Why should you buy the Fitbit Versa 2?

If you are looking for a reasonably priced smartwatch in the market, the Versa 2 is a good option. With its stunning display and physical tweaks, it would look good on anyone. Although it doesn’t support all messaging apps, you will still get notifications for some popular ones like WhatsApp and Facebook Messenger.
If you have already used the Versa 1, you know how good it is to have a Fitbit smart watch. So if you want a new smart watch, you can upgrade to Fitbit Versa 2 which is lighter and sleeker. Using the Fitbit Versa 2, users can get all the benefits of the brand’s amazing ecosystem. It also gives you an upgrade as well as a small change compared to the old one. It has a better screen, a voice assistant and is faster.

How to set up Fitbit Versa 2?

The Fitbit Versa 2 is a better version of the Versa 1. When you upgrade to Fitbit Versa 2, you need to know how to set it up. If you don’t, read on to learn more.

Step 1: Turn on and charge your device

Before setting up Versa 2, you need to put it in the charging cradle and give it a full battery.

If you don’t have a Fitbit account, create one. If you already have an existing account, log in to your Fitbit account and connect your watch with a phone, tablet, or computer. By doing it, you allow your device to transfer (or sync) data back and forth with Fitbit.

You would want to see all the data about your health and fitness, so keep all-day sync on and you will be able to see them on your watch and in the Fitbit app.

Fitbit Versa 2 comes with a 3-month free trial of Fitbit Premium in some countries. That means if you want to experience more advanced features, you can try it.

It is easy to set up the Fitbit Versa 2

The Fitbit Versa 1 is a good smartwatch for those who are on a tight budget. Let’s see the pros and cons of this wearable as below.

On the other hand, the Fitbit Versa 2 has more advanced features, including the faster processor, longer battery life, an AMOLED screen, a microphone, Amazon Alexa built-in  and many more. 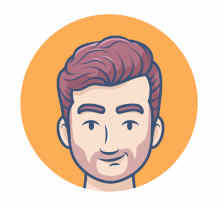